Quite often when an accused is charged, and sometimes when they are not, their property is subject to a Restraining Order. State and Federal legislation provides for the seizure, restraint and forfeiture of assets directed to the preservation and recovery of roceeds of crime. 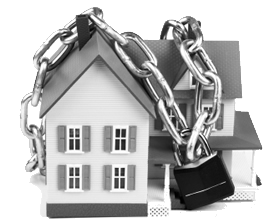 The procedural steps taken by law enforcement bodies in the confiscation of property are highly complex. We provide detailed advice and representation when your property has been restrained under the Confiscation Act. This includes seeking an Exclusion Order allowing your property to be returned to you without it being "frozen".

Restraining orders, initially obtained ex parte, impinges on your ability to operate bank accounts, borrow monies and to deal with or dispose of assets. Amad & Amad Lawyers understands how this may restrict the client's ability to provide for self and family and to retain a legal defence team of choice.

Any prospect of assets forfeiture or financial penalty requires advice from experienced practitioners as early as possible in proceedings.

Seizure of property under search warrant

92. Seizure of property under search warrant

(1) A member of the police force executing a search warrant may seize property of the kind described in the warrant.

(i)  is of a kind which could have been included in a search warrant issued under this Part; or

(ii) will afford evidence about the commission of another Schedule 1 offence; and

(b)  the member believes on reasonable grounds that it is necessary to seize that property in order to prevent its concealment, loss or destruction or its use in committing or continuing a Schedule 1

(a)  to remove the property from the premises where it is found; and

(b)  to guard the property in or on those premises; and

(c)  to make copies of the whole or any part of the property; and

(d)  to issue an embargo notice under section 93 in respect of the property.

(1) A restraining order is an order that no property or interest in property, that is property or an interest to which the order applies, is to be disposed of, or otherwise dealt with by any person except in the manner and circumstances (if any) specified in the order.

(2) If a provision of this Act confers a power to apply for a restraining order in respect of property in which a person has an interest, the application may be made in respect of one or more of the following-

(a)  specified property of the person;

(b)  all the property of the person, including property acquired after the

(d)  all the property of the person, including property acquired after the

making of the order, other than specified property;

(e)  specified property of another person.

(1) If an accused is convicted of a Schedule 1 offence, the DPP or an appropriate officer may apply to the Supreme Court or the court before which the accused was convicted of the offence for a forfeiture order in respect of tainted property.

(2) Except with the leave of the court, an application may only be made under subsection (1) before the end of the relevant period (if any) in relation to the conviction.

(a)  the property to which the application relates was derived, realised or

identified only after the end of the relevant period; or

(c)  it is otherwise in the interests of justice to do so.

(4) The applicant must give written notice of the application-

interest in the property.

(a)  the accused is present before the court; and

interest in the property is present before the court or that it is fair to waive the requirement despite any such person not being present.

(7) Any person notified under subsection (4) or (6) and any other person who claims an interest in the property are entitled to appear and to give evidence at the hearing of the application but the absence of a person does not prevent the court from making a forfeiture order.

(9) If an application under subsection (1) has been finally determined, no further application may be made under that subsection in relation to the same conviction, except with the leave of the Supreme Court or the court which dealt with the earlier application.

(a)  the property to which the new application relates was derived,

realised or identified only after the earlier application was determined; or

(b)  necessary evidence became available only after the earlier application

(c)  it is otherwise in the interests of justice to do so.

To discuss matters arising from Confiscation Law issues please contact us on (03) 9347 1466 or book an appointment using our online form at our Carlton office in Melbourne.